well originally I had given myself a year to try and get myself back together but happily it has taken much less time than that.  I mean… I mostly get by on terrible jokes and copious amounts of over-the-top smiles… but danggg at least my self confidence is largely back.  I am now majoring in English Education and after I graduate I’m getting the heck out of dodge and moving to Costa Rica to teach.  Did you know you can actually drive there?  Which I won’t be doing, but bus rides through a few countries aren’t half bad either.  In other news I am friends with a dude from Sudan and I think he has gotten ALL his knowledge of America from sitcoms.  We’re talking HORRIBLE pick up lines.  ah summer.  I met a marine.  that is all. 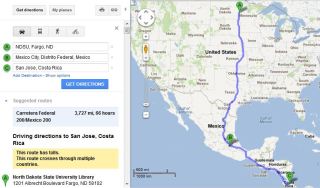